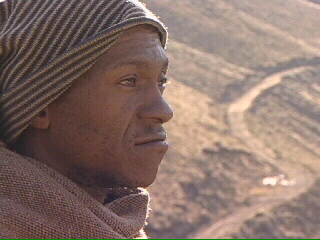 China's dominance of the textile industry has pushed Lesotho out of the market. Changes in trading regulations have brought the "Kingdom in the Sky" crashing down to earth.

With changes in trading rules, America has left Lesotho for Asia. Textile factories built with Asian money are now closed and the economy is collapsing. "Life is impossible for us". Worried resident Moruit Mphatso'e believes we "need to double our efforts to make sure that people survive here". The further weakening of one of the poorest countries in Africa brings with it talk of absorption by their far wealthier neighbour - South Africa. This could be a battle for life and death not only for the people, but the country. The future independence of Lesotho is now in question. (ABC AUS)
FULL SYNOPSIS
TRANSCRIPT