At the tipping point 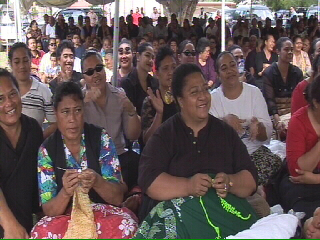 Calls for democracy have reached Tonga. With protest marches of up to 10,000 is Tonga far from tipping towards revolution?

The Tongan monarchy is facing a crisis. Last September they gave public servants their demanded 60-80% pay rise. Yet as Sione Vuna Faotusia tells us demonstrations are "no longer for the money", but "for the whole system". The demand is structural change. "Violence... is one possible means of settling this dispute, even though we don't want to go that far". (SBS)
FULL SYNOPSIS
TRANSCRIPT