Are we on the cusp of discovering what determines gender? The old mantra - all girls have XX chromosomes and all boys have XY - is no longer reliable. Scientists are now looking beyond chromosomes to "brain sex". 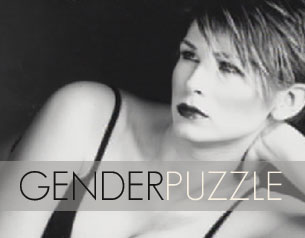 Are we on the cusp of discovering what determines gender? The old mantra - all girls have XX chromosomes and all boys have XY - is no longer reliable. Scientists are now looking beyond chromosomes to "brain sex" and the role of newly discovered genes. By studying transsexuals and people on the gender extremes, they believe they can unlock the gender puzzle. This high-quality documentary looks at the new and challenging science of gender.

Tall, thin and strikingly beautiful, model Christie North always felt female. But when she was 15, she discovered she'd been born with male chromosomes. "There was no mention at school that there can be mix ups with your chromosomes", she complains. "Many people have the same problem - more than you think." As well as girls with XY chromosomes, one in 500 boys are born with a double XX as well as a Y. Most only find out about their condition when they try to father children and discover they're infertile. Until the 1990s, gender was largely about chromosomes. But this principle was challenged when a new gene was discovered which is needed to start the process of 'maleness'. "I think we're starting to understand how the brain is hard-wired differently between males and females", explains Prof. Vince Harley. Scientists are now looking at a further 54 genes which are turned on differently in males and females. They may help to explain why people identify as one gender or the other, regardless of chromosomes. There is a small but growing body of evidence that transsexuals' brains are hard-wired in the uterus to be either male or female. A Dutch study found that male-to-female transsexuals have the same brain features as other women instead of being identical to men's. "There is a public perception that transsexualism is a lifestyle choice", states Prof Vince Harley. "To reaffirm a biological basis is quite empowering for them." These discoveries are starting to redefine the gender debate. In the 60s and 70s, it was believed the nature of a child's upbring had such a strong influence that an intersex condition could be corrected through the right upbringing. The child was allocated a sex, underwent genital surgery and was then raised in its assigned sex. But many of these children had a traumatic childhood, unable to reconcile their identity with their bodies. For them, the 'brain sex' theory makes perfect sense. The theory of brain sex is also challenging the law. 'Kevin', a transsexual, was threatened with imprisonment if he married his female partner. He successfully contested this by providing the court with evidence suggesting a biological basis to his transsexualism. In his verdict, Justice Richard Chisolm concluded: "In view of all the evidence, the things that characterise transsexuals are as much biological as mental." Far more controversial than adults changing gender, is the issue of teenagers who want to. "All the medical evidence indicates that the earlier children with transsexualism receive treatment, the better their lives are", reasons lawyer and transsexual Rachel Wallbank. But others disagree. "You're wondering all the time whether the young person actually has enough life experience to make that judgement", states Craig Andrews. He runs a support group helping transsexuals and is concerned about the increasing number of young people who want treatment. As science discovers more about what determines gender, making these decisions may become a little easier. But for now, we are only just starting to understand just how complex the biology is.
FULL SYNOPSIS
TRANSCRIPT