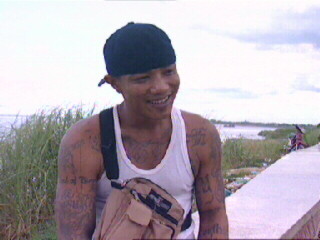 If you commit a crime in America and don't hold an American passport, you'll do your jail time and be put on the first flight 'home' - even if 'home' is a country you left as a refugee when still a child.

"I thought I was a normal American kid", states Hawaii in bewilderment. But he couldn't have been more wrong. Even though he moved to America as a baby, Hawaii was born in Cambodia. When he drifted into crime, he fell foul of America's new 'get tough' policy on migrant crime. After release from prison, he was deported. "These guys are the product of their time in America", complains aid worker Bill Herod. "The US should accept some responsibility." He believes that once people have been granted asylum, they should be accepted for good. There is also concern that the policy is exporting criminal gangs to countries like Cambodia, which lack the resources to deal with them.
FULL SYNOPSIS
TRANSCRIPT