Want the perfect baby? Now you have to cross your fingers and hope for the best. But imagine if you could go down to the local baby clinic and max out your credit card. You could ensure your child was beautiful and intelligent. 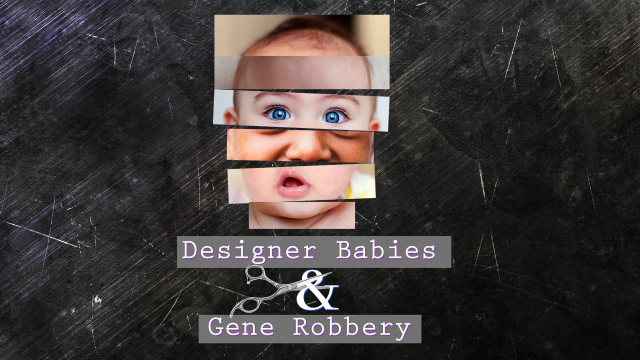 Want the perfect baby? Now you have to cross your fingers and hope for the best. But imagine if you could go down to the local baby clinic and max out your credit card. You could ensure your child was beautiful and intelligent. You could even guarantee they would never become an alcoholic. It may sound far fetched but the groundwork is already in place. But what are the dangers of tinkering with our genetic makeup? Who owns human genes and should they be allowed to sell them to the highest bidder? This eye opening film explores the conflict between private commerce and public health.

"We not only preserve worthless life - we let it reproduce! The prevention of hereditary diseases is a moral imperative", proclaims a Nazis education film. By weeding out 'undesirable' elements of society, they aimed to "re-institute the great law of natural selection." The eugenics of the Third Reich may have been totally discredited but a new, more insidious form of eugenics is slipping into public consciousness. "There are scientists out there who think there is a criminal gene or a homosexuality gene. They believe the way to solve social problems is through genetic manipulation", despairs lawyer Andrew Kimbrell. "This new commercial eugenics hides behind the veneer of good science, which makes it much more dangerous." As more and more is discovered about genes, there has been an explosion in genetic discrimination. "We have identified hundreds of cases where people have been denied jobs, denied insurance because of their genetic makeup", complains Kimbrell. His fears are shared by Icelandic multiple sclerosis sufferer S Arnsdöttir. He was horrified to learn his government has sold details of its citizens' genetic make-up to a commercial company. "It could be very harmful for my relatives if it's known they are related to an MS patient." In recent years, it's become clear that the old premise of a single gene being responsible for a certain disease is no longer valid. "This belief in a genetic miracle cure is not only naïve, it's dangerous", states Kimrell. "First there was foetal tissue and many people were horribly injured by foetal implants. And then there was gene therapy and there were thousands of serious adverse reactions. And now they are talking about stem cell research." Aside from the health dangers of tampering with our basic genetic make-up, there's growing concern about the ethical implications. Scientist Craig Venter worked on the Human Genome Project for years before forming his own company, Celera Genomics, and using his publicly funded research to patent thousands of human genes. His company now has the exclusive right to manipulate these genes. "Genetics will be the major driving force on the economy of the whole world", he predicts. Suddenly, the primarily motive in genetic research was no longer scientific progress but rather to make enormous profits. Ventures like the so-called 'Vampire Project' have only confirmed people's worst fears. Under the pretext of public health screenings, scientists took blood samples from 700 indigenous groups. But these samples ended up in private laboratories where the genes were then patented. "It's a form of colonialism", complains Vicky Tauli Corpuz, spokesperson of the Indigenous Women's Network. "They are trying to steal the genetic material in our bodies and use it for commercial purposes, without our permission or knowledge". No one is suggesting that scientists should stop working on genetic research. But shouldn't there at least be a proper, public debate about its potential implications?
Director: Bertram Verhaag & Gabriele Kröber