For centuries, the sleepy village of Palagykomoroc was proudly Hungarian. Then the Soviets arrived and erected a border through the heart of town. Families were divided; the village was torn in two. And so it remains. 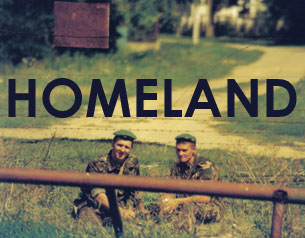 For centuries, the sleepy village of Palagykomoroc was proudly Hungarian. Then the Soviets arrived and erected a border through the heart of town. Families were divided; the village was torn in two. Today, the Soviet Union may have crumbled but the partition still remains. Sixty years of division has permanently altered the landscape and with it the villagers' mentalities. This week's character-led film is a poignant snapshot of a community trapped between two eras

On a beautiful Spring day, two old friends are meeting to discuss the harvest. "Is the sweetcorn nice?" shouts Barbara, waving her walking stick at her friend. "It is - and the tomatoes and potatoes", he yells back. But this is no ordinary conversation. The friends are standing 30 metres apart, shouting at each other across a rusty border fence. "The mayor on the other side said: 'Here's the border.' They came here and kicked the ground. Very little land remained on this side of the border", complains Zoltan bitterly, recalling the day the Soviets arrived. The border ran right through his land, leaving him with virtually nothing. "It was absurd how they divided a single village. I don't know why they did it." Half the village became part of Ukraine and the other half was given to Czechoslovakia. For the villagers living in Ukraine, life quickly deteriorated. "They took 40 people from here to a Russian labour camp", laments one resident. "They were arrested simply for being Hungarian. It was a punishment for Hungary fighting in World War II." He survived. Half the men arrested with him didn't. For many years, even verbal contact between the two parts of the community was prohibited. "We couldn't even shout or come near the border", recalls one resident. "There were wires with missiles mounted on them along the border. If something touched the wire, the missile would fire into the air." To get around this, people used to sing their messages. Barbora Nagy, a feisty elderly woman who's lived through it all, was separated from her sister. "She didn't come to my wedding because the border was closed. We didn't see each other for ten years." They grew up in different worlds. Now - although obviously close - a wide gulf still divides them. On a rare visit, Barbora fusses around her sister, struggling to accept her different viewpoints. "You're going to give your house to the Russians for nothing. Oh my God!" she proclaims, horrified to learn her sister has made no will. The sisters would like to meet every week but crossing the border is still difficult. "When I want to visit my family, I have to do a 650 km round trip, even though they live a 3 min walk away", complains one resident. "We have to go and apply for a visa in Presov and then pick it up a week later", complains Barbora. "Why they've imposed such expensive visas on us I don't know. The politicians can answer that one." Since the end of Communism, the village's economy has collapsed. While the young migrate to the Czech Republic, for the elderly, there is nowhere else to go. "Even since 1989 nothing's changed. Here at the border, nothing's changed. I haven't gone anywhere and I'm living in my fourth country. But it's still the same house in the same place." And so the barbed wire fences and watchtowers remain. Most of those who lived through the early days of partition are now dead; their descendants estranged from their neighbouring relatives. When Barbora and her sister die, the memory of how things used to be will die with them.
FULL SYNOPSIS
TRANSCRIPT