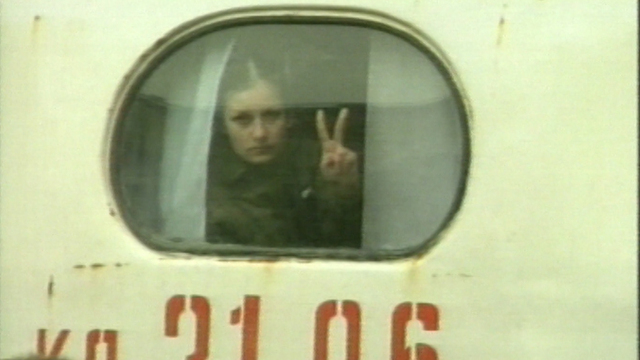 Is Europe's last dictatorship about to fall? The opposition movement in Belarus has been inspired by events in neighbouring Ukraine. They're preparing for a show down ahead of next month's elections.

On a wall in Minsk someone has scrawled the words "After Ukraine comes Belarus." The country may officially be a democracy but President Alexander Lukashenko brooks no criticism. "The repression is getting worse. There are so many people in prison now", complains activist Marina Bogdanowitsch. "They've put away everyone who could lead a protest movement." But critics of the regime refuse to be silenced. Students sell the banned national flag, "for the revolution." More and more young people are speaking Belarussian, instead of the official language of Russian. "Many people have had enough of this system," states protestors Pawel Morosow. "They don't know what democracy is but they don't want to live like this."
FULL SYNOPSIS
TRANSCRIPT