It was one of the most audacious terrorist raids the world has ever seen. And the first to revolve around the issues of oil and Palestinian rights. This is the story of Carlos the Jackal. 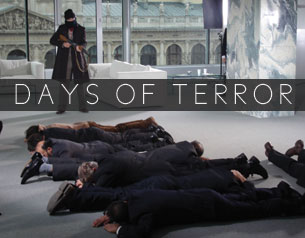 It was one of the most audacious terrorist raids the world has ever seen. And the first to revolve around the issues of oil and Palestinian rights. On 21 December 1975, a group led by Carlos the Jackal stormed the OPEC building, taking 70 people hostage. Over the next few days, the world held its breath as events unfolded. This documentary retraces the minute-by-minute drama. Eyewitness reports and interviews with hostages set the scene, while reconstructions and never before seen footage add a new dimension.

For months, the chosen six had been meticulously training. Their mission? To kidnap some of the world's most powerful and influential men and highlight the Palestinian issue. As they slipped into the OPEC headquarters in Vienna, no one suspected their bags were packed with explosives. But when they encountered their first policeman, they revealed their true intentions. "The female terrorist asked Tieler, are you a policeman? He said yes. Then she shot him dead." Carlos the Jackal and his group quickly seized control of the building. Delegates, oil ministers and OPEC employees were herded into the conference room. "The woman grabbed my hair and pulled me outside", recalls hostage Sylvia Smetiprach. "I cried terribly and then Carlos said I could go home." But a Libyan delegate who tried to seize Carlos' gun was immediately killed. Police office Ernst Wallenscheck was on duty that night. "I received a call saying there is a shoot out in the OPEC building. I said 'think up a better joke.'" Minutes later, police would be leading a raid on the building. "You have to remember it was 1975. The whole police headquarters only had five or six bullet proof vests" explains Wallenscheck. After getting into a shoot out, they are forced to withdraw. Carlos sends word he will kill all the hostages if there is another attempt to rescue them. During the failed rescue attempt, one of the terrorists, Hans Joachim Klein, is seriously wounded. On Carlos' orders, he is rushed to hospital where doctors agonise over whether they should treat him. "The medical staff made evil remarks saying how could they help such a guy to survive" recalls Vilmos Vecesi. But Dr Paul Sporn reasoned "we are physicians and this is a heavily injured young boy who we will treat now." As the siege enters its second day, commando members rely on amphetamines to stay awake. Only Carlos communicates with the hostages. "He spoke to people and made compliments to girls. He was not at all unpleasant," states Reif. Sylvia Smetiprach puts it more succinctly. "He simply had charisma. Had he not been a terrorist but only this very charming man, I would have liked to have married him." Keen to end the siege quickly, the government opens up negotiations with Carlos. Among other demands, he requests a plane and for a statement blaming Israel, America and several Arab States for an international conspiracy against the Palestinians to be read out on radio. "Before, the international media had completely denied the existence of a Palestinian problem", states Austrian minister, Hannes Androsch. "These were the first terrorist activities to arouse public attention on an international level." The Austrian government decided to meet all the terrorists' requirements. "A lot of harm has already been done and we had to take their threats very seriously", states Chancellor Bruno Kreiskly. It was rumoured that Carlos received $50 million for freeing the hostages. Years later, Carlos the Jackal was apprehended. But although his actions have been eclipsed, the 1975 kidnappings will go down in history as the first act of terrorism to capture the world's attention. And - in his astute manipulation of the media - Carlos provided a role model for the terrorists who came after him.
FULL SYNOPSIS
TRANSCRIPT