The Benin prince who leaves Europe for his homeland 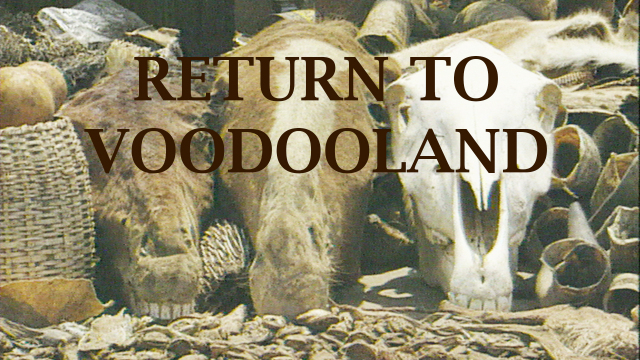 This is the journey of an African Prince, as he gives up on life in racist Europe and explores the powerful Voodoo cult of his homeland.

Prince Lebene Behanzin, son of the King of Benin in West Africa, has spent thirteen years failing to overcome France's discrimination and intolerance against foreigners. We travel with him to Benin, cradle of Voodoo, as he tries to decide whether to return to his roots. It's a startling transition from the grey slums of France to the colour and laughter of the royal court of Benin. His name has great resonance, as his great-grandfather resisted French colonial rule. People now think he was superhuman. In this climate of belief in the supernatural, Voodoo flourishes. Benin was recently the first country in the world to make Voodoo an official religion. As Lebene travels around Benin, he witnesses afflictions being danced from the body and a sacrifice to the gods. At a school which he rebuilt with donations from France he realises that in Africa he is really somebody. Throughout his journey there are two pulls on Prince Lebene's consciousness... is he still an African or has he become a European? Produced by Marion Meyer-Hohdahl
FULL SYNOPSIS
TRANSCRIPT