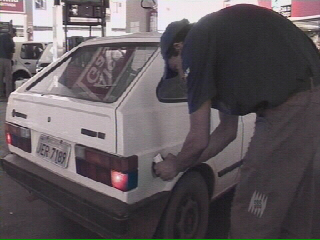 In developing a cost-effective alternative to petrol, Brazil has succeeded where much of the industrial world has failed. It now plans to export its ethanol revolution to other countries.

Faced with an escalating fuel bill, Brazil's leaders decided to break the country's reliance on oil. "How could we allow ourselves to become dependent on something that is going to finish some day?" questions agricultural minister Roberto Rodrigues. As well as funding research into ethanol production from sugar cane, they encouraged car manufacturers to develop 'flex cars.' These vehicles run on either petrol, ethanol, or a combination of the two. But for ethanol to become a globally accepted fuel, other nations need to produce it. The hope is other countries will soon join Brazil in its energy revolution. (SBS)
FULL SYNOPSIS
TRANSCRIPT