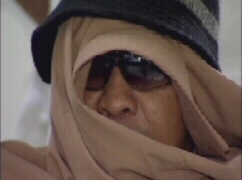 For months, five politicians accused of plotting to overthrow President Arroyo have been camped out in Congress. Only now can they leave their strange prison

"Mrs Arroyo has gone mad", complains congressman Teddy Casino. Along with four other MPs, he's been forced to camp out in the congress building after President Arroyo accused them of plotting a coup. If they left the building, they risked being arrested. Charges against them have now been dismissed but there's still a real danger the Philippines might once again descend into political turmoil.
FULL SYNOPSIS
TRANSCRIPT