Democracy and the Gun 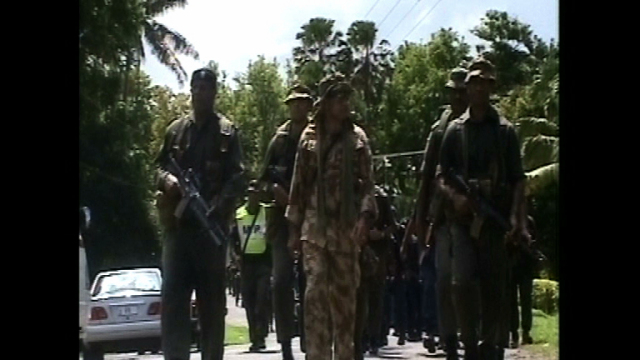 Fiji is on high alert ahead of this week's election results. Even the Prime Minster has warned there might be another coup - something the army has vowed to prevent.

In 2000, angry nationalists forced the Indo-Fijian President, Mahedra Chaudhry, from power. Now the deposed leader is predicted to win the election. And again, nationalists are determined his reign will be brief. But the army is determined to enforce democracy. "There will be no coup", vows military commander Frank Bainimarama. However, new evidence has emerged suggesting that the real plotters of the last coup are still at large. And following three coups in 13 years, no one is taking peaceful elections for granted.
FULL SYNOPSIS
TRANSCRIPT