The Army And Its Past 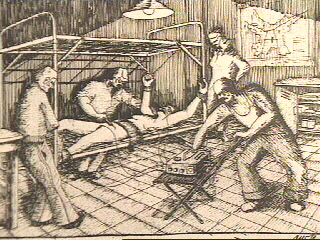 In 2003, Chile's first female President, Michelle Bachelet, was in charge of the ministry of defense. For the divorced mother of three, this role brought back painful personal memories. In September 1973, her father was arrested by the military and tortured to death because of his close connection with former president Allende. Together with her mother, she was arrested and subjected to abuse. Although she refuses to talk about her experience, it is clear that she suffered like thousands of others. The Salvator Allende Foundation exhibits drawings and pictures depicting the cruel methods used by the military in their torture chambers. However, the nation is split over this issue. Some still think that brutality was a necessary evil, while others still mourn the victims. Although Michelle Bachelet wants to establish a new harmony within the nation and look forward with a 'never again' attitude, many remain angry at the army's self-confidence. The military may be trying to show a more friendly, polished side, but it is clear that they feel no remorse and no guilt for their support of Pinochet and his inhuman dictatorship.
Includes archive footage of the 1973 military putsch.