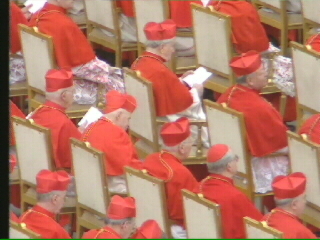 For centuries, the Catholic Church vigorously defended its monopoly on the truth. Authors who challenged its position found their books banned and followers excommunicated.

In 1559, Pope Paul IV published the first Index of banned books. "The index was a tool against the Reformation", explains priest and historian Hubert Wolf. As well as targeting theology books, the Vatican also censored scientists and philosophers, including most notoriously - Galileo. But many of the books submitted for censorship were passed. Hitler's 'Mein Kampf' was approved because "Hitler was already Chancellor and state authority was considered God-given." The list was finally abandoned in the late 60s but the Vatican still censors Catholic theologians who sway from the official line.
FULL SYNOPSIS
TRANSCRIPT