Suicide. It's the third leading cause of death among young people but few have any idea of its real impact. This fascinating investigation examines the intellectual attraction of suicide to the vulnerable and its catastrophic impact on the living. 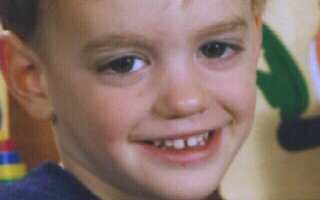 Suicide. It's the third leading cause of death among young people but few have any idea of its real impact. From Romeo and Juliet to Hunter S. Thompson, those who take their lives are glamorised in the media while those left behind forced to pick up the pieces. This week's documentary investigates its illusory appeal. By looking at one case in detail, it examines the intellectual attraction of suicide to the vulnerable and its catastrophic impact on the living.

"Try and think of what I am doing as just finishing early", wrote Campbell Bolton, shortly before he jumped to his death. "It fills me with grief when I think what I've done to you." No doubt he meant it. But absorbed in his own pain, he could not have comprehended the intensity and suffering he would inflict on others. "He didn't have any idea of the grief", states Campbell's grandmother. On the surface, nothing appeared wrong. Campbell came from a high achieving, middle class family with no background of drug abuse, violence or psychiatric illness. He was funny, charismatic and extremely intelligent. "Come speech night, he was basically falling over with prizes," recalls a friend. But shortly before he killed himself, his grades fell dramatically. "I suspect it would have had a much bigger impact on Campbell's mind than we will ever know", states suicide prevention expert, Professor Graham Martin. "He would have suffered a major blow to his self-esteem and a deep sense of shame." Several teachers tried to speak to him but Campbell brushed off all concerns. There are also signs he was troubled by his sexuality. Campbell had known for years he was gay and had come out to his friends. But he had not told his family and was deeply distressed when his brother, Angus, found out. "He just broke down," recalls Angus. In his suicide note, he confided: "I hurt from love. Almost every day I see some fantastic looking guy that makes my pulse quicken but he will not so much as glance at me. Nothing in the world has caused me more hurt than this." Then, in April 2005, Campbell ran away. For 16 days, he moved from hostel to hostel while his family tried to contact him. Then he killed himself. A year on, relatives are still trying to come to terms with their loss. "I was very angry at him because it was his decision," confides his brother. "I found it easiest not to think about it - to bury myself in work," admits his father. It wasn't just his family who were affect by Campbell's death. "Suicide is also distressing for those who carry out the post mortem work, the coroners, the police, ambulance officers," explains coroner John Abernethy. The principal of his school was very concerned about the possibility of copycat deaths so Campbell's father gave a talk. Every 40 seconds another person kills themselves. They're statistics to most people but behind every case is a similar tragic story. "There's a deathly silence around suicide," complains Campbell's mother. "Everyone's shocked but then the conversation stops. That's why it's so important to highlight what happens."
FULL SYNOPSIS
TRANSCRIPT