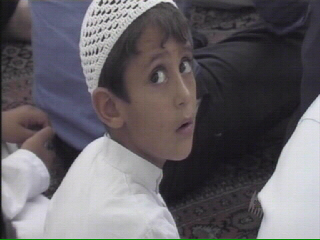 As Hezbollah's principal sponsor Syria has a key role to play in determining if the truce will hold. But the mood in Syria is militant. In return for peace it's likely to demand the return of the Golan Heights.

"There has been popular demand for the liberation of the Golan Heights", declares Medhat Saleh from the Golan Liberation Committee. "Syrians are willing to sacrifice and carry out resistance operations against the Occupation." State television constantly broadcasts footage demonstrating Syria's readiness for war. President Assad has placed the army on high alert and sent extra troops to its border with Israel. "Our people agree with the government to send the army to Lebanon to ally with Hezbollah and attack Israel," states MP Mohammed Habash. Many Syrian victims have been caught up in the bombing in Lebanon. "We are used to Israel assaulting our citizens", says Dr Nawarah. His hospital is located near the Lebanese border, ready to receive new victims. Despite the rhetoric, Syria knows it's unlikely to win any war with Israel. But it wants to send a strong message to the world - there can be no settlement in Lebanon without Syria.
FULL SYNOPSIS
TRANSCRIPT