The origins of marijuana legalisation in San Francisco 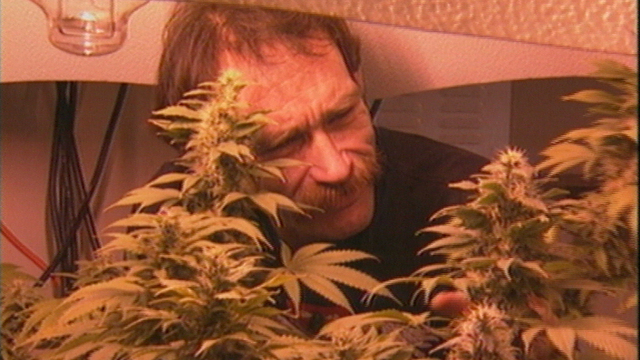 Outside a cannabis co-operative in San Francisco,USA, customers queue up to make their purchases. Looking more like a cafe than a clinic, the co-op sells bark like quantities of marijuana over the counter.

Amongst the smokers puffing on brass pipes, there are some with genuine illnesses - stomach cancer, arthritis, AIDS. 74 year old granny, Hazel Rodge, plays the piano, sings hymns and smokes dope! The founder of the co-operative is Dennis Peron, the co-founder of article 215, drug dealer and jailbird of 2 years. He is opposed by Dr. Robert du Pont who denounces the new law as "just a sham, a fraud." Meanwhile the National Institute of Health has concluded that marijuana does show promise for some medical conditions. Pro-marijuana Dr. Steve O'Brien talks about the recent restrictions imposed by the Federal government and complains, "they don't want to attack the patients because it's politically incorrect". Produced by ABC Australia
FULL SYNOPSIS
TRANSCRIPT