If your car goes missing, don't expect to see it soon. Chances are it's being rapidly dissected by thieves, the parts packed into containers destined for the Middle East. An eye-opening expose. 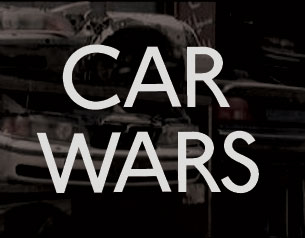 If your car goes missing, don't expect to see it soon. Chances are it's being rapidly dissected by thieves, the parts packed into containers destined for the Middle East. There, the stolen pieces will be assembled and rebirthed as a shining "new" vehicle. Or maybe it's headed to the next town to start a new life as the "clone" of another vehicle, complete with stolen identity and forged plates. Every year, the thieves running the stolen car industry seem to become more brazen and innovative. This eye-opening expose reveals their tricks and questions why more isn't done to stop them.

Within minutes of stopping at a red traffic light, Judy Maccioni was surrounded. Thieves forced their way into her BMW and threatened her at knifepoint. "Somebody leaned across me, undid my seatbelt and put their hand on the ignition. They said 'Get the fuck out of the car'", she recalls. Judy later learnt that her prize vehicle was broken into units and shipped to the Middle East. "There seemed to be a lot of exports of car parts to the Middle East. The volumes just seemed excessive", states Jennifer Reimitz, explaining why customs officials got suspicious. A huge police operation was launched which uncovered a virtual Aladdin's Cave of stolen vehicles and parts. The investigation lasted six months and involved 450 police. But in the end - although 15 people were convicted - the ringleaders escaped. Car theft has always been extremely difficult to prosecute. "If you can't prove to a criminal standard that the vehicle is stolen, you don't have a prosecution", complains Detective Scott White. It's extremely easy to launder stolen cars. All you have to do is change the Vehicle Identification Number (VIN). "The VIN is just some pop rivets and couple of pieces of aluminium", stated Robert McDonald from the Theft Reduction Council. "You can have the metal cut out and a new piece welded in with the identifier of another car."

But to do this, you need a donor car. Every year, thousands of vehicles deemed by insurers to be repairable write-offs are offered for resale at auction. "We saw occasions at auctions where we actually had two different criminal groups fighting over particular vehicles and openly threatening each other", states policeman Gerry Bashford. Legitimate car recyclers have been scared off, warned their businesses would be burned down if they bought a particular vehicle. Other cars are stolen for the value for their spare parts alone. "It's very difficult to determine what is illegal and what is legitimate once it gets into the parts industry", complains Detective Gerry Bashford. Smaller parts often don't have any identification markings, making it even easier for them to be laundered. But technology may hold the key to beating the crooks. A few car manufacturers are now spraying thousands of uniquely coded microdots onto the car's underbody, making it much harder for these cars to be rebirthed. "We've seen a 92% drop in the rate of stolen Subaru's since they've started being sprayed", raves Ray Caroll from the Theft Reduction Council. But most manufacturers - long criticised for their perceived apathy towards car theft because it encourages new sales - have been slow to utilise this technology. Until all sectors of the car industry work together, the racket will continue.