The definitive investigation into oil. How long will it last? What are our alternatives? 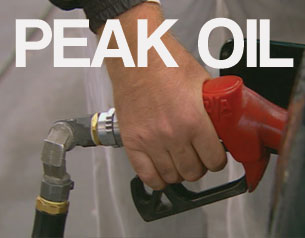 Is the age of cheap oil about to come to an end? According to many experts, we are about to reach the point of "peak oil" - the level at which supply can no longer keep up with demand. This, say the doomsayers, could send economies spinning into turmoil and up-end our comfortable, urban lifestyles. But others claim predictions like this are simply scaremongering. They believe supply will match demand for decades to come. So who's telling the truth? 'Peak Oil' investigates.

It's an apocalyptic vision of the future. The 'Mad Max' movies depict a world where petrol has become the most precious resource and society has broken down. In the real world today, there are sober warnings demand for oil could soon outstrip supply. "The world is absolutely unprepared", claims energy consultant Robert Hirsch. In the past three years, the price of oil has doubled. Some interpret this as yet another sign oil production is on the verge of peaking. Then there are those who believe we have already peaked. As petroleum geologist, Colin Campbell, points out, it's been over 25 years since the world discovered more oil than it used. "Since then, discoveries have been falling relentlessly despite amazing technological and geological advances. There is no reason to expect this downward trend to change". By mapping out production of every major oil project in the world, geologists can predict future oil supplies. Chris Skrebowski, editor of the influential magazine 'Petroleum Review', has done this. His conclusions are bleak. "Supply and demand remain pretty tight to about 2010. And after 2010, it really starts looking rather difficult. They don't add up very well". Chevron's own research shows that in 33 of the world's 48 most important oil producing countries, production has already peaked. And; "There are three billion new consumers in the marketplace - the Chinese and the Indians", explains Ray Carbone from Paramount Options. But optimists hope higher prices will make other ways of producing oil and alternative fuels commercially viable. "The market will deal with this challenge", predicts Dr Brian Fisher from the Australian Bureau of Agriculture and Resource Economics. They point to the prospect of further discoveries and smarter technology that will extend the life of existing oil fields. There are claims jitters in the market are caused by political instability in oil producing countries, rather than a shortage of oil reserves. If supply is going to keep pace with demand, the Gulf producers will have to massively increase their output. All through the Gulf, there's frenetic construction of new facilities. "We have more than sufficient reserves to increase production in line with demand", pledges Saudi Oil Minister, Ali Al Naimi. But that's a statement rubbished by Colin Campbell; "You cannot possibly believe such statements. It's absolutely beyond belief". Saudi Arabia is believed to contain a quarter of the world's known oil reserves. But since it expelled the international oil companies in the 1970s, it's virtually impossible to get accurate information about the Kingdom's oil reserves. "Basically, what they're asking us to do is trust them", states Robert Hirsh. "And frankly, on something that's the lifeblood of our civilisation and the way we live, to trust someone who won't allow any audits is extremely risky". Ultimately, no one questions that the age of oil will come to an end. What's in dispute is how much time we have left. As Robert Hirsch claims; "If we get this wrong, we are all in very serious trouble". (ABC Aus)
FULL SYNOPSIS
TRANSCRIPT