For hundreds of years, eccentric English men and women have braved arctic temperatures to swim in London's murky ponds. But when the Council threatened them with closure, a massive campaign was launched to defend them... 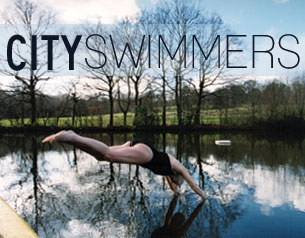 For hundreds of years, mad English men and women have braved arctic temperatures to swim in London's murky ponds. But when the Council threatened them with closure, a massive campaign was launched to defend them. Why did Britain care and how did these protestors manage to capture the imagination of a nation and dominate newspaper headlines? This enchanting documentary follows the swimmers' protest and offers an unusual insight into English eccentricities.

It is a cold and frosty morning. Sunlight creeps through large old oaks and reflects onto the pond's deep dark water. Suddenly the sound of clothes being ripped off and a huge splash interrupts the tranquil silence. Ice breaks, and a naked human figure emerges from its waters swimming rapidly. But all too soon he runs out muttering "Time to start my disagreeable journey on the tube. Bye!" London's ponds are beautiful. Surrounded by gardens and fields, they preserve the British countryside in its biggest city. Far away from the hustle and bustle of business "It is like being in a fairy tale", "heaven on earth". During hot sticky summers, families and friends plunge into its cool waters. In the winter, its most loyal swimmers come every day, enjoying the rush gained from its freezing temperatures. Those that discover the pleasures of early morning swimming in the ponds soon become addicted. "It's one of the few places where sanity in a metropolitan city can be preserved. We can go into the real world enriched if we've got the ponds to swim in", explains one swimmer. Piers agrees; "the only danger is you get obsessive and boring about it". Familiar faces greet each other, rarely missing a day for the feelings of "withdrawal" and "guilt" they get when they fail to creep out of bed early enough. One day this idyll was interrupted. London Councils decided that the Hampstead Heath ponds posed a health risk and refused to pay for attendants. Hundreds attended meetings, outraged at the "betrayal of trust" at being denied access to the ponds. All were agreed. There is "no point in being passive and quiet. We should be as noisy and loud as possible". Swimming associations were created and petitions signed. Finally the United Swimmers Association went to court to demand a judicial review. For them, it is not simply a question of losing their morning swim but about the London Corporation trying to steal the people's land and generate big business. "It's common land. The Corporation are trying to turn it into a business park filled with kiosks selling ice cream and cappuccinos". Support for traditional values united the country and the campaign spread nationwide. Thankfully now these swimmers can breathe a sigh of relief. With the Judge ruling that "the open spaces of London are the glory of London and the most beautiful of them all is Hampstead Heath" men and women can delight once more as shivers go down their spine. And if anyone should try to threaten them again they should watch out. These swimmers are ready and waiting to defend their patch of pond, their escape from reality.
FULL SYNOPSIS
TRANSCRIPT