Families torn apart. Wives ordered to leave their husbands. Children separated from their parents. And all in the name of God. A fascinating insight into the world of religious cults. 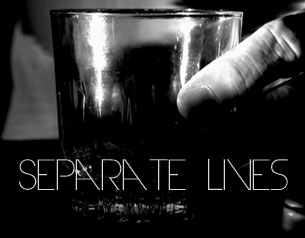 Families torn apart. Wives ordered to leave their husbands. Children separated from their parents. And all in the name of God. The Exclusive Brethren have long been revered as a Christian congregation of simple, God-fearing folk. But ever since their leader, the Man of God, ordered them to withdraw from society and stop socialising with people outside the movement, concerns about the group have been growing. In this moving, personal documentary, ex-members tell their story.

"I had a knock on the door saying 'we've excommunicated you and you're not to sleep with your wife tonight'", recalls Ron Fawkes. "I was just so devastated, so brainwashed that I did exactly what I was told." Aware that he had somehow angered the Man of God, leader of the Exclusive Brethren, he was desperate to make amends. But nothing worked. Fawkes was ordered to leave his wife and six children and move out of the family home. Eventually, he received a few letters from his sons. But they were not the letters he'd been hoping for. "Dear Dad. I do not want to have anything to do with you. This is because you're withdrawn and now out of fellowship." Another excommunicated father describes how his children were physically dragged away from him. And when Julienne Wallace tried to leave the group, she was told: "If you don't return to the church, one of your children might die. It'll be God's punishment." The Exclusive Brethren have always stressed the need to withdraw from society. "They're a group that take very seriously the need to withdraw from the world and keep from being tainted", explains Prof of Sociology, Gary Bouma. But sixty years ago, members could still socialise with relatives outside the church. That all changed when a new leader, Jim Taylor, was appointed. One of the first edicts he issued was a ban on socialising with anyone from outside the Brethren. "It was traumatic", recalls ex-member Russell Dent. "We had to sever our links with relations who weren't amongst the Brethren." Ron Fawkes agreed; "It was just a time of complete devastation for families." Pets were also banned, along with television, radio, computers and mobile phones. Anyone who defies the Man of God risks being excommunicated. The 1960s also bought other changes. It was a decade of multiple accusations and mass confessions, as Ngaire Thomas learnt after she kissed her cousin. "I was locked in my room for several days, fed through the door. Then I had to go up in front of the Church of 500 or 600 people." At the time, she was just 15. "It was very, very, very frightening and something I will never forget." Ngaire Thomas ultimately left the movement. She believes more people would leave if they weren't so scared of the consequences. "You're more likely to stay if you're faced with never seeing your family again." But as more and more former members start speaking out, pressure is growing on the Brethren to reform. "These people claim to represent Christianity in its purest form but if you look at their history it's just carnage", states ex-Brethren member Selwyn Wallace. "Broken families, broken lives. It's got to stop."
FULL SYNOPSIS
TRANSCRIPT