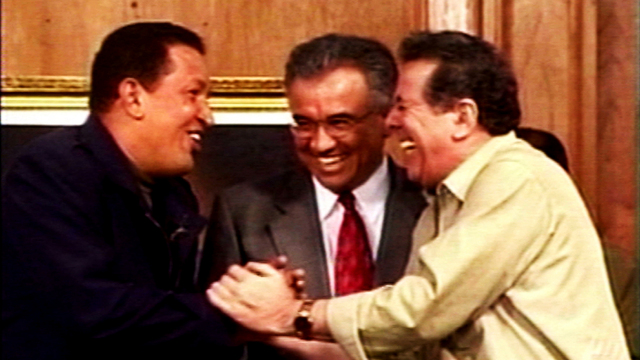 As Maduro declares a state of emergency in Venezuela, accusing the US of plotting to subvert his rule, we revisit the US-supported coup that saw Chavez briefly ousted and relations between the two nations sour.

A top secret CIA brief, written five days before the 2002 coup, "says the coup will take place in the first weeks of April, violence will be provoked in an opposition rally and the President will be taken prisoner", states lawyer, Eva Golinger. She spent years investigating the coup, tracing the money trail from Washington to key organisations involved. Although the coup failed, Washington stepped up its funding for the opposition. Yet it seemed to only strengthen Chavez's grip on power.
FULL SYNOPSIS
TRANSCRIPT