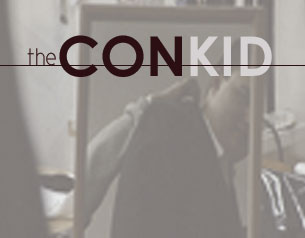 Meet celebrity criminal and self-styled 'con artist', Richard Ringheim. A series of high profile stunts - like ordering the evacuation of an oil platform or calling the US embassy pretending to be Norwegian Prime Minister, Kjell Magne Bondevik - turned the 19 year old into a pin-up for anarchists worldwide. But his practical jokes and white-collar crime slide into something darker. He soon finds himself embroiled in a world of espionage and high-stakes where nothing is what it seems.

"Richard changed what you thought was possible", explains film researcher Julius Johannesen. "I thought if you bully the authorities, they'll slap you down. But they couldn't even catch him." One of his highest profile stunts was to cause a major security scare at Fresland airport. "I called the local police and said I was Steinar Karlsen, Head of the Security Service", he states, describing how he ordered 35 police to storm the terminal. "They must have had fun... heart pumping, adrenalin pounding. I'm sure they enjoyed it. I would have." Another time, he called the US Embassy pretending to be Norwegian Prime Minister Kjell Magne Bondevik and encouraged the invasion of Iraq. He shut down a nuclear power plant; decked his home out in expensive furniture, ordered in the name of the Russian Consul, and sent Special Forces to ten different precincts. "I like my job ... be criminal!" Ringhein's 'job' doesn't just involve high profile stunts. "I make twice as much as an educated man. And I spend it however I want." In a matter of minutes, he gathers enough information to empty someone's bank account. He also proves how easy it is to defraud shops of goods by printing fake purchase orders. "People don't like it that a kid of 19 who never worked in his life can snap his fingers and you owe 200,000" Gradually, his façade of a carefree life starts to crack. Paranoid about being arrested, he adopts numerous identities. He fastens six locks on his door and rigs up an alarm to warn him if anyone touches his doorknob. When his brother dies, he's too scared to go the funeral. "It really hurts but I could have been arrested so I chose not to go." Then, Ringheim confesses to another scam. For months, he's been posing as a Norwegian security agent, and selling fake intelligence to the Syrian embassy. "What are they going to do - turn me in and admit they bought false intelligence?" It all gets blacker when Richard seems completely unconcerned about the fate of the people he is falsely accusing of being traitors. "I hope Syria adheres to the Geneva Convention. If not, it's out of my hands." He doesn't even know what the punishment for treason is in Syria. Out of the blue, Ringheim becomes bored of his life on the run and decides to turn himself in. He makes a deal with the Norwegian secret service to ensure he gets special treatment. Despite all his crimes, he is only imprisoned for 10 days. As director Trond Kvist ponders: "Steinar Karlsen and the Secret Service pulled strings for him. The main question is: What's in it for them?" After his release, Ringheim is invited for coffee with his idol, Steinar Karlsen. "Following their meeting, a huge change took place", states Trond Kvist. He refuses to answer any more questions about the Secret Service but - at the same time - it seems clear he has a relationship with them. As he later confesses; "If I could, I'd let go of my dependency on them." But for now, Karlsen seems to have become his father figure. As Ringheim says: "Life is what you make of it. I'll be happy soon."
FULL SYNOPSIS
TRANSCRIPT