Inside the Secret City 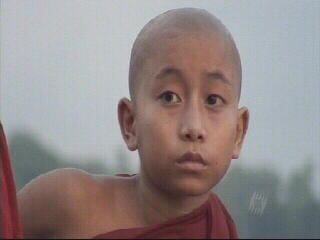 A rare recent report from inside Burma, including interviews with the opposition and footage of its new capital, Naypidaw.

Burma's new capital of Naypidaw is one of the most mysterious cities in the world. Few foreigners have been inside and now there are signs a chain of underground bunkers are being built nearby. Buried deep within the remote jungle is Naypidaw, Burma's new capital. The Generals are so paranoid about it they've imprisoned journalists for trying to do what our reporter did: film the city being built. Foreigners are banned from the nearby city of Pyinmana where sources say the military are building a network of underground bunkers. Tremors are often felt at night. Since moving the capital, the army has intensified its battle against the Karen, clearing out surrounding villages in an attempt to dominate the area. Nearly 3,000 Karen villages have been destroyed in the past decade and a million people displaced. Those who speak out risk imprisonment or torture. "The situation of people all over the country gets worse by the hour", laments journalist Ludu Sin Wein. "The whole country is sitting on a power keg that can explode at any time." But there are signs of resistance. Half a million Burmese residents signed a petition calling for the release of their political leaders. As Burmese reporter Ludu Sin Wein states: "Someone has to take risks to let the world know what's going on."
FULL SYNOPSIS
TRANSCRIPT