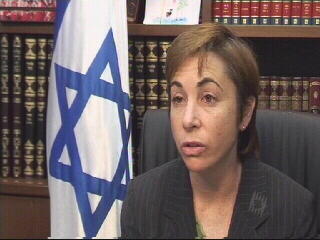 Life in Gaza has never been so bad. Israel's crippling blockade has left the population dependent on a tiny trickle of aid. But despite this, many Palestinians support Hamas' refusal to recognise Israel.

"No where else in the world has been subjected to the kind of siege that we have here in Gaza", laments former foreign minister, Dr Nabil Sha'ath. "This is a total war siege situation". Constant artillery attacks have left Gaza's infrastructure in tatters. Ever since Israel bombed the power station, the main sewage plant has been unable to pump away waste. "This awful blockade has destroyed our institutions", complains charity spokesman Suleiman Abu Husa. But Hamas refuses to give in to what it regards as Israeli blackmail. As Prime Minister Ismael Haniyah states; "This is the first siege where we keep our heads high". Although Israel recognises the suffering its blockade is causing, it blames this on the Palestinian leadership. "Instead of building jobs, all they do is fire rockets and plan violence." Unless Hamas recognises Israel, life for ordinary Palestinians can only get worse. But incredibly, that's a price many are prepared to pay. "We don't want them to recognise Israel", states one man. "We will not sell our country for little dollars."
FULL SYNOPSIS
TRANSCRIPT