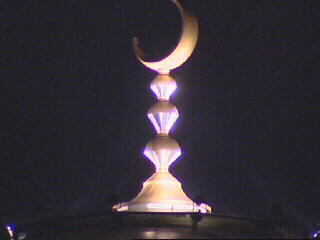 There are claims Malaysia's secular constitution is being threatened by creeping Islamisation. Non-Muslims feel they are being treated as second-class citizens.

Moorthy Maniam was a Malaysian Hindu hero. After he died, a group of Muslims claimed he'd made a deathbed conversion. Despite his widow's protests, the Sharia Courts declared he should be buried as a Muslim. "They used Moorthy to show that in this country, Islam is supreme", complains lawyer M Manoharan. In the 1980s, Malaysia's Sharia courts were given equal power to the civil courts, creating two parallel legal systems. But while the Sharia Courts are constantly trying to extend their authority, secular courts are reluctant to challenge them. "Non Muslims have no place to go and fight for their basic rights".
FULL SYNOPSIS
TRANSCRIPT