The artificial sweetener, aspartame, is the bedrock of the diet industry. Found in everything from fizzy drinks to vitamin pills and marketed under a variety of different names, it is difficult to detect and even harder to avoid. But is it safe? 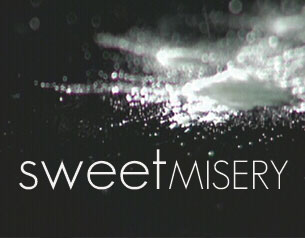 The artificial sweetener, aspartame, is the bedrock of the diet industry. Found in everything from fizzy drinks to vitamin pills and marketed under a variety of different names, it is difficult to detect and even harder to avoid. But how safe is it? Does it really cause brain tumours, blindness and other serious illnesses? This shocking documentary investigates how the FDA came to approve such a potentially dangerous product.

"Perhaps, like me, you have never given much thought to the increasing rates of neurological disorders", states narrator, Cori Brackett. "But in 2002 I could no longer ignore them. I also became a statistic when I was diagnosed with multiple sclerosis." Suffering from double vision, slurred speech and weak limbs, she was forced into a wheelchair as her condition deteriorated. Then she read an article linking aspartame to many health problems. "I had drunk six to ten cans of diet soda a day for twenty years. When I stopped, I got better." Since the launch of aspartame in 1983, brain tumour rates have shot up. "The increase in tumours has nothing to do with improvements in our ability to detect them", states neurologist Dr Russell Blaylock. A year after aspartame was added to diet drinks; "diabetes rates jumped 30% in the United States and incidents of an unusual type of brain tumour jumped 60%". Doctors like H J Roberts began realise; "something was going awry". Investigating further, he discovered; "the common denominator between patients was their use of aspartame products." But famously, the FDA concluded aspartame was; "one of the most thoroughly tested food additives they've ever seen". So how could such a "safe" product have caused so many side effects? "In my estimation, there was an effort to cover up what was being found so that the producers of aspartame, GD Searle, could get approval", alleges neurologist Dr Russell Blaylock. In one study, five out of seven monkeys fed aspartame died or had seizures. Animals that died after eating NutraSweet were not autopsied for more than a year. "They were cutting out and throwing away tumours and saying the animals were normal." Research that raised questions about aspartame's safety was not submitted to the FDA. It was not only Blaylock who questioned the manufacturer's findings. Dr Jerome Bressler prepared a report for the FDA on JD Searle's research. He concluded that either a lot of purposeful shenanigans were carried out to get the product approved or; "It was the world's worst research." The FDA's lawyer, Richard Merill, recommended that a grand jury be set up to investigate GD Searle for; "fraud, deletion and manipulation of records". But charges were dropped after the statute of limitations on prosecutions ran out. "Seven of the key people who made decisions that kept NutraSweet moving through the process ended up working for one or another NutraSweet using industry", points out lawyer James Turner. When the Public Board of Inquiry attempted to prevent the use of aspartame until additional research could be carried out, the law was changed to restrict their power to do this. Attempt to highlight the toxic long-term effects of aspartame are regularly dismissed by a hostile diet industry. But with so many doctors now speaking out and so many people experiencing serious side effects, the controversy looks set to continue.
FULL SYNOPSIS
TRANSCRIPT