Clash of the Prophets 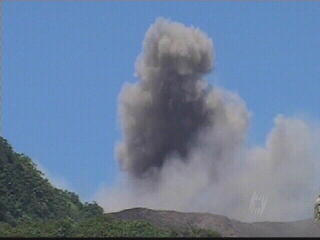 The Vanuatan island of Tanna is in the grip of a power struggle. The local chief is being challenged by a new 'prophet' who wants to reintroduce Christian beliefs.

Chief Isaac's supporters believe the prophesies of a mythical figure called John Frum. He predicted the end of Colonial rule and the Japanese invasion but said Vanuatu's culture would be saved by the coming of the Americans. But a splinter group, led by Prophet Fred, wants to see this obsession with America end. They believe 'John Frum' is an allegorical representation of Jesus.
FULL SYNOPSIS
TRANSCRIPT