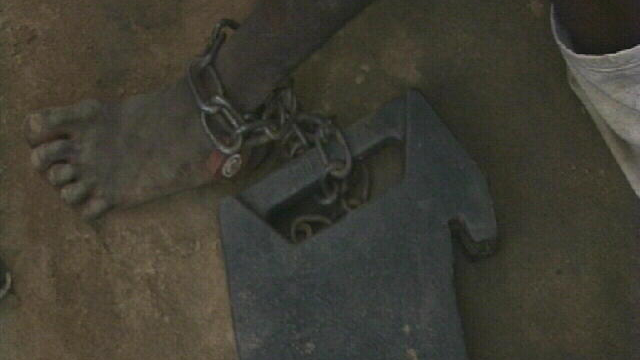 Sierra Leone should be one of the richest countries in the world. But instead, it depends on millions of dollars of foreign aid. The country now faces a serious health crisis.

At Sierra Leone's only psychiatric hospital, patients are chained day and night. "Most of these patients are ex-soldiers. It's drugs that brought them here", explains Dr Nahim. During the war, soldiers were fed a crude mix of marijuana, cocaine and gunpowder to induce them to carry out atrocities. It's left many needing psychiatric care. But five years after the war ended, 70% of the population live below the poverty line. "Vulnerable groups cannot afford to access healthcare", states Jonathan Heffer from Medicin Sans Frontier. With some charities preparing to leave, there's a concern life may get a lot worse.
FULL SYNOPSIS
TRANSCRIPT