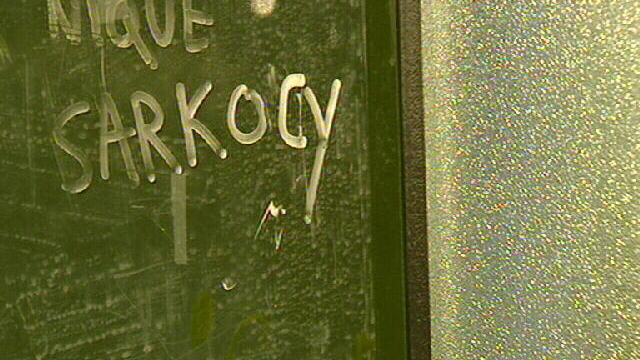 In the banlieues of Paris, there's a real sense of political isolation. Tackling this and ensuring there's no repeat of 2005's violence will be a key focus of the Presidential campaign.

"I see Sarkozy. I see Royal and I don't see the choice", complains one resident of the banlieues. "None of them is really good for me". But others think that anyone would be better than Sarkozy. "He's just going to put more police everywhere." It's believed that a quarter of the French population has immigrant routes. Many feel alienated and unrepresented by their politicians, who come from the same elite schools. As one man explains: "We have our wings clipped because we cannot touch the key positions of government." It may take more than a new President to tackle this disillusionment.
FULL SYNOPSIS
TRANSCRIPT