A poignant tale of inebriated idealism about a group of men who build a boat and sail from Britain to Cuba. 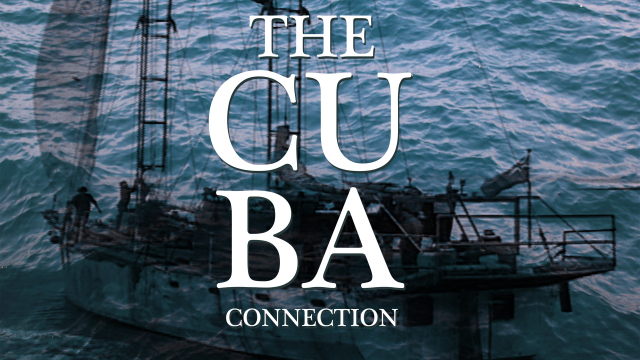 For two years we chart the rocky passage of the home-made sailing boat Low Entropy as it stops and starts across the Atlantic ocean from Britain to Cuba. The boat is manned by a crew of eccentrics, who support Fidel Castro in his struggle with the imperialist United States. Will they make it to the beleaguered isle and will they find a warm welcome?

This poignant tale of inebriated idealism begins in spring 1995 in an abandoned dock outside Bristol. Six fully grown, child-like men weld and grind a rusty steel hull. With little more than sweat and ingenuity they are building a fifty tonne cargo sailing boat. Chronically poor, yet full of enthusiasm they fashion Low Entropy almost entirely from recycled materials. It is the embodiment of 'sustainable development', ideal for a journey to a developing country. Produced by Video One Jeff is the Captain of Low Entropy. A burly, boisterous, bubble of a man. He was once in the South African army and fought the Cubans in Angola. Perhaps this trip is his way of saying sorry. He and Allan, an engineer made redundant by British Telecom, have invested their entire savings in this dream to build their own boat. The rest of the crew are James, a former heroin addict, Bruce, a university drop-out, Mike an unemployed engineer and Bill, a retired council carpenter and member of the UK Cuba Solidarity Association. They aim to sail with 15 tonnes of humanitarian aid to Cuba and there, ignoring the US trade embargo, eke out a meagre living. Each has his own motivation. Each his own weaknesses. But political commitment to Castro is something they share. Encouraged by Xavier Dominguez, a Cuban official, they toil for almost three years without pay, and with only a verbal promise of a share in Low Entropy's future profits. In early summer 1996 the boat finally sets sail and eventually reaches the Caribbean island of St. Martin. Cuba is still far away and the boat is grounded for four months of repairs. Every penny has to be spent on spare parts and the crew's morale plumets. The fact that Allan still musters enough money to get drunk every day proves too much. Furious at the situation Bruce, James and Mike all abandon the boat. For Jeff the only hope is Ian, an old friend from South Africa who joins them in St. Martin. Just before they leave for Cuba, James decides to live out the dream and returns to the boat. Sailing between the islands of the Caribbean is the high point of their journey. Here they swim with dolphins, dance and steer the boat through rough seas with ease. Sailing into Cuba they find themselves in an exclusive marina, built to attract tourist dollars. Bemused officials allow the rusty boat in and their old Cuban friend Xavier arrives from Havana. They down a lot of beer and drink to friendship and the success of the revolution. However, their cargo cannot be unloaded where they are. The next day they sail into the port of Havana. Persistent demands for money from the harbour officials begin to sour dreams of Socialist brotherhood. Comrade Xavier becomes evasive. Finally the crew unloads the cargo of used hospital beds, medical equipment and second-hand clothes alone, while the Cubans look on. The aid is taken away by fork -lift trucks and disappears into a warehouse. The crew cannot afford the mooring fees and the Cubans refuse to give them free anchorage anywhere on the Cuban coast. Their grand gesture of humanity has been snubbed. Dejected and disillusioned, but a little wiser for the experience, they opt to leave Cuba and set sail for Mexico... A warm story of persistance for anyone who has ever had a dream.
FULL SYNOPSIS
TRANSCRIPT