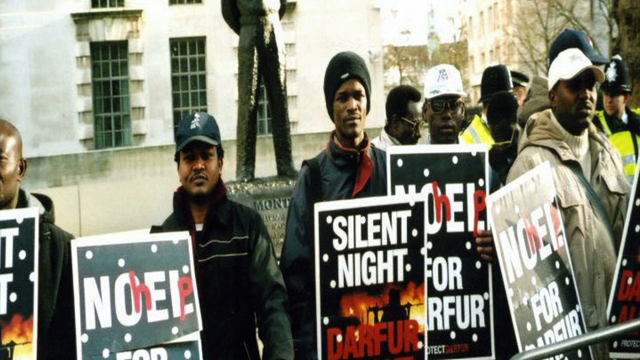 He fled to England seeking asylum, only to be deported back to Sudan and severely tortured. In this special investigation, Darfuri refugee, Sadiq Adem Osman, tells his story.

Sadiq unbuttons his shirt to reveal a patchwork of scars. "I was expecting to die, I never thought I would be alive now", he states. He was tortured by Sudanese security officers, who monitor Dafuris abroad. When Sadiq's appeal for asylum in England was rejected and he was returned to Sudan, they were ready. They showed him photos, taken in London, of Darfuris protesting. "They said to me: 'Do you know the people in these photos?'" When Sadiq refused to name people, they pinned his legs down with metal hooks and tortured him. He escaped but is haunted by terrible nightmares and deeply insecure about his future. "I have no country, no family, nothing left".
FULL SYNOPSIS
TRANSCRIPT