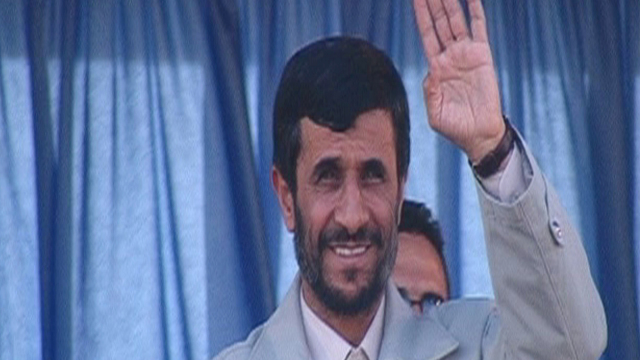 President Mahmoud Ahmadinejad came to power promising to reform the economy. But it's nuclear policies that now define his premiership. What do Iranians think of his leadership?

On the streets of Tehran, there's a deep sense of outrage at the West's criticism of Iran's nuclear programme. "Many Iranians believe the West doesn't want Iran to advance scientifically", states Prof Sadegh Zibakalam. But critics accuse the President of playing up the nuclear issue to disguise the failure of his other policies. "Frankly speaking, not one of his policies has been successful in the last 17 months", states economist Saeed Laylaz. On entering office, Ahmadinejad spent billions on big infrastructure projects and salary increases. This dramatic expenditure led to a surge in inflation. "Everyone is worried", states Laylez. "The Supreme Leader is personally supervising the situation". In last year's elections, the President's supporters suffered heavy defeats. There are rumours Ahmadinejad has lost the support of Iran's Supreme Leader. Ayatollah Khamenei. Some even claim numbers are being gathered in parliament to impeach the President. But ironically, pressure from the West could save him. "He has identified himself as the champion resisting foreign pressure", explains Prof Zibakalam. "Going after him now seems unpatriotic".
FULL SYNOPSIS
TRANSCRIPT