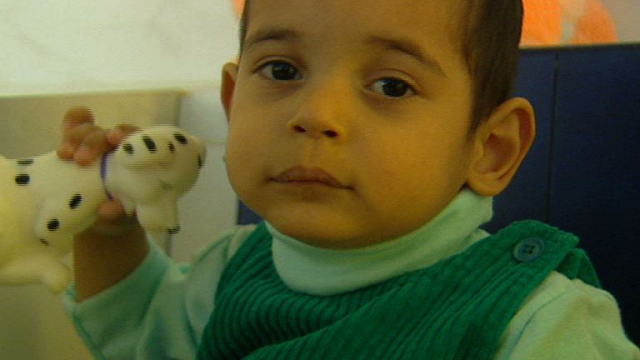 Everyone remembers the shocking pictures of Romanian orphans, tied to their cots in squalid institutions. Decades on, many children are still being held in old-style institutions.

Babies at the pediatric unit are unnaturally quiet. They've learnt there's no point in crying. "They have no affiliation, no stability", laments supervisor Dr Monica Nicoara. Previously, many of these babies would have been adopted by Western families. But foreign adoptions are now banned and authorities want to find Romanian families for abandoned children. However this new system has failed many of the country's most vulnerable. Ricardo and George ended up on the streets after their parents abandoned them. They've given up on the state and now take care of each other.
FULL SYNOPSIS
TRANSCRIPT