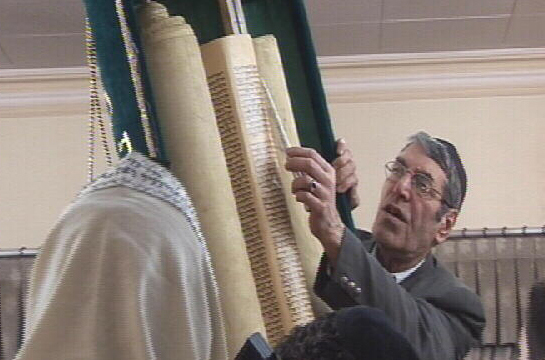 The fiercely Islamic Republic of Iran, is perhaps the last place you would expect to find a large Jewish community. But despite political use of anti-semitic, anti-Israeli slogans, Iran's Jews appear remarkably free.

"Anti-semitism has never been the general policy of the Iranian government" explains Maurice Mottamed, the country's sole Jewish MP. There are of course "glaring differences" in treatment between the majority Muslim population and religious minorities. But remarkably most of the time Iranian Jews are "comfortably doing everything they want to do here. We can perform all our religious celebrations." This is an image very much at odds with fashionable Western opinion.
FULL SYNOPSIS
TRANSCRIPT