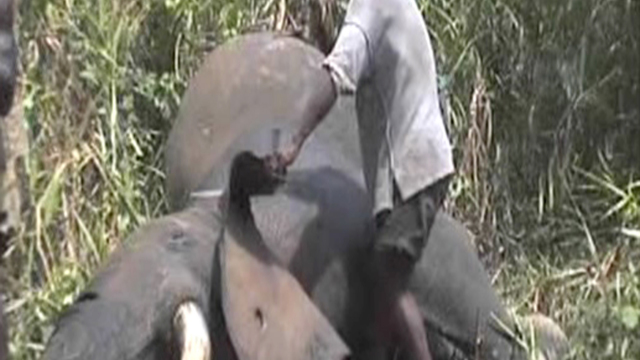 Conservationists now believe that most elephants in central Africa are poached for their meat and not for their ivory. This shocking report reveals the scale of the elephant meat industry.

Butchers hack apart a newly killed elephant and smoke its meat. "Everybody likes elephant meat, even high ranking functionaries", states one poacher. Instead of fighting this illegal trade, local officials chose instead to tax bush meat. With a kg of elephant meat costing half the average monthly salary, it's become a lucrative source of income for poachers.
FULL SYNOPSIS
TRANSCRIPT