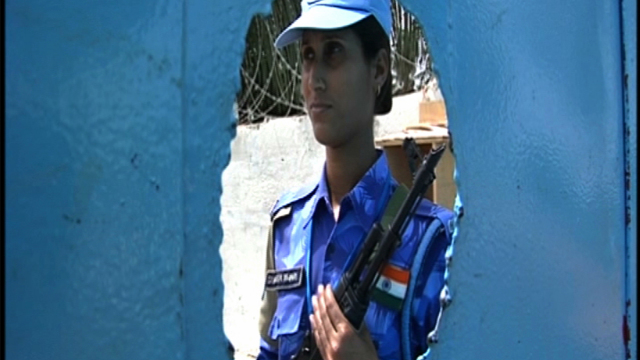 The world's first 100% female UN peacekeeping force has been a huge success in Liberia. Not only has the unit restored local's faith in the UN, they're also acting as role models for Liberian women.

"Men lose their temper, but women rarely do", states one female peacekeeper, explaining why her unit has been so successful. "Women are inherently more compassionate". Before the women's arrival, a series of food-for-aid scandals damaged the UN's reputation in Liberia. The women's unit is helping to repair some of this damage. They are also inspiring Liberian women to join the police. "Before they arrived, only 112 women had signed on for the police force," explains one official. "Within three weeks, the number rose to 360."
FULL SYNOPSIS
TRANSCRIPT