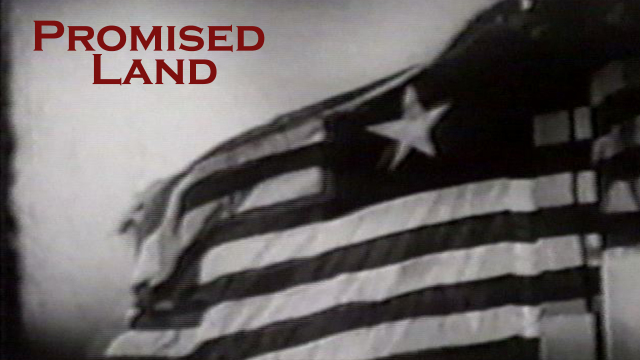 A fascinating documentary on the recent history of Liberia and the coups that have come to define it.

Liberia, as it is known today, was founded by former American slaves who had migrated to the African West Coast. While marketed as a way for freed slaves to have better chances for freedom and prosperity, the mass migration, supported by such figures as Lincoln and Jefferson, was also a convenient way to suppress more rebellions from forming in the Southern states. Its independence from the US was declared in 1847, and by 1867 the American Colonisation Society, an organisation which supported the migration of free African-Americans to Africa, had assisted in the migration of more than 13,000 people to Liberia. Yet tensions grew between the indigenous population and their new colonisers, a tension that persisted into the 20th century, and became the backdrop to Liberia's bloody recent history. This documentary looks at this recent history, at the continuing influence of the US in Liberia's development, as well as the use of Liberia for strategic purposes, and the two coups that resulted in the demise of successive governments; the first the overthrow of William R. Tolbert Jr., whose Americo-Liberian dominated government was overthrown and executed by Master Sergeant Samuel Doe of the Krahn ethnic group; the second the demise of Doe himself, who was killed in 1990 by Prince Johnson, a leading figure in the National Patriotic Front of Liberia. Speaking to former ambassadors, soldiers and UN representatives, and featuring disturbing footage of the execution of government officials and the cannibalistic nature of Liberian warfare, this film is a visceral and thorough look at a country where violence has too often dominated. Produced by VPRO
FULL SYNOPSIS
TRANSCRIPT