Since the dawn of Christianity, Bethlehem has been one of the holiest places of pilgrimage. But after years of intifada, the pilgrims no longer come. Life, for Bethlehem's residents, has become a mass of bitter contradictions. 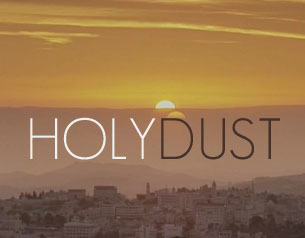 Since the dawn of Christianity, Bethlehem has been one of the holiest places of pilgrimage. But after years of intifada, the pilgrims no longer come. Life, for Bethlehem's residents, has become a mass of contradictions. They live in one of the best funded Palestinian cities but lack basic facilities. This week's documentary looks at the history of Bethlehem through the lives of four residents. Filmed over the last seven years, this high-quality film reveals how their hopes at the dawn of the millennium have soured.

Bethlehem, Christmas 2006. It's meant to be the busiest time of the year for souvenir sellers like Adnan but his shop is deserted. "All the tourists spend their money in Jerusalem", he complains. "Manager square is empty". Since a massive concrete wall was built separating Bethlehem from Jerusalem, few tourists venture there. If the wall wasn't intimidating enough, tour guides warn visitors that Bethlehem is dangerous. At the same time, Palestinians like Adnan; "cannot go to Jerusalem to sell our stuff because of the wall." Rewind seven years. The air is full of anticipation and excitement as the city prepares to celebrate the two thousandth birthday of its most famous son, Jesus Christ. "We hope that many tourists will come and maybe things will be good", states souvenir seller, Adnan. Even Khader, one of the film's other main characters, has found himself a job for the night. But not everyone has been invited to the celebrations. Carlo is furious most residents can't get into the Church of the Nativity. "Look around, Nobody here is from Bethlehem. They are all from outside", he complains. More that a billion dollars has been spent preparing the city for the millennium. But the standard of life for most people is unchanged. "The big people get the money and we don't get anything", laments Khader's mother. "The tourists will leave and nothing will change", predicts Imam Khaled Tafish. Carlo and Khader were both in their teens when the first intifada broke out. "It was a beautiful time for us because we didn't understand what we were doing", recalls Khader. "It was like being in a film." He describes how he and his friends would throw stones at Israeli soldiers with little thought of the consequences. But he was soon arrested and spent months in prison. Then, Israeli soldiers mistook his younger brother, Hassan, for him and Hassan was arrested too. It was in the lead-up to the new millennium that filmmaker Yael Shuldman first met Adnan, Khader, Carlo and Elizabeth. There was growing discontent with the Oslo peace accords and the peace talks were in deadlock. But in Bethlehem, there was also a real sense that Israelis and Palestinians were meant to be working for peace. "We wanted to come here and the Palestinians showed us around", states one Israeli. Adnan shares jokes with his Israeli customers and Elizabeth described growing up in Bethlehem. But within nine months, the peace talks collapsed and the second intifada broke out. "Israeli soldiers came here and destroyed everything", states Carlo, showing us around his ruined house. "Animals live better than us", complains Adnan. Before the intifada, Adnan was not religious and rarely prayed. But now, he's started joining the devotions at the local mosque. With life constantly getting worse, Carlo and his family have decided to leave. "When there is peace, we will come back", he vows. But for Adnan, the problems of daily life seem insurmountable. "The city is like a big prison", he laments. "What will happen to Bethlehem?"
FULL SYNOPSIS
TRANSCRIPT

Yael Shuldman is an Israeli Journalist and Documentary film maker. Yael has had several programmes aired in Israeli television, worked in the radio and wrote for Maariv. She is currently working from London.

When I first went to film in Bethlehem I wanted the report to be very to-the-point, and not political, but soon I saw how entwined in politics their lives are; these people are caught in a situation which they do not have control over, and they are controlled by.
I initially wanted to capture the great events of Christmas 1999 and the millennium, which brought the promise of many tourists- and a hope for a better future.
After filming the people of the city, I couldn't leave. The great events weren't enough- and I needed to tell their own personal stories.
When the Intifada broke in September 2000, my Israeli film crew could no longer go into Bethlehem and I began working with a Palestinian crew.
The film has developed into something beyond anything that I could have imagined- into a real personal experience- sharing the hardest moments with the people of the city, sitting with them during curfew, and being protected by them.
I came back to the city to visit my friends, and to capture the developments in their life, I kept on returning for seven years. I don't think any document, book, film- or any medium can truly relay what is feels like to be there with these people. I saw that the people of Bethlehem were just like everybody else, and want the same basic things we all want, family, health, comfort- peace. Our faith is a joint one, and our existence co-dependant.