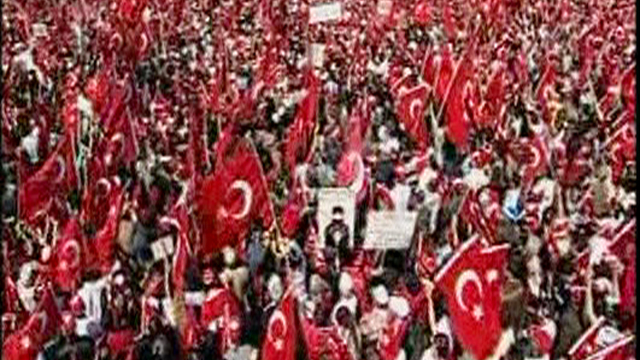 This week a court case begins to decide whether Turkey's ruling party should be banned. The Justice and Development Party (AKP) is being charged with moving the secular nation towards Islamic rule.

This archive film asks whether Turkey's secular constitution is under attack. "The choice is between becoming a modern democratic society or an Islamic country", states opposition Deputy Leader, Onur Oyman. Critics claimed Prime Minister Erdogan was a secret fundamentalist and when he appointed a Muslim whose wife wears the headscarf as President, millions took to the streets in protest. "In time, we will become like Iran", fears one woman. "It's what the government wants".
FULL SYNOPSIS
TRANSCRIPT