Deformities Can Lead to Lifelong Exploitation and Abuse in Pakistan 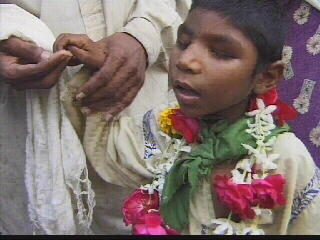 How can a mere myth ruin the lives of thousands of children? In Pakistan, microcephalics – babies born with abnormally small heads – are known as "rats" and credited with god-like powers. Believers will give them money in the hope of blessings, but unscrupulous gangs of beggars are now exploiting this ancient tradition for their own ends. These gangs kidnap young "rat" children – or frighten parents into handing them over – and then force them into a lifetime of begging on the streets. They are lucrative – so much so that some people allege that normal babies are being deliberately deformed to look like microcephalics. Why else, they ask, are there so many such children in Pakistan? And until something is done to combat the myth, the helpless "rat" children will be condemned to a life of abuse.