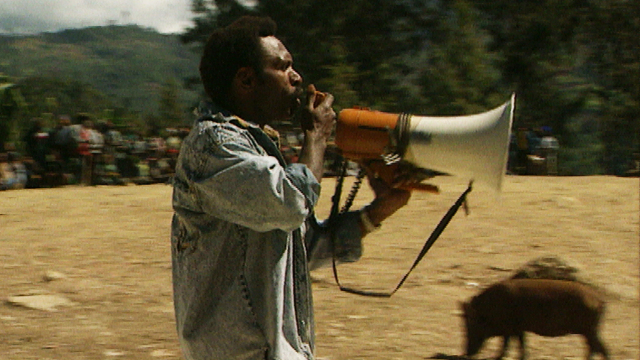 Papua New Guinea's 'first past the post' electoral system means up to 95% of voters will have backed a losing candidate. In the volatile Enga Province the election campaign has been largely peaceful but now liquor is being banned, there's a curfew and extra police reinforcements are being drafted in

Brightly-painted warriors stamp and wave their spears, leaping to traditional drums as they chant their candidate''s name. But behind the scenes frustration levels are high in PNG''s remote Highlands. Here 53 candidates compete for just one seat. School teacher Timothy Tuli Wig squeezes 45 children into a thatched hut to sit on a grass-covered floor for their lessons. MP Anton Pakena admits election bribes are essential. "If you don''t give them money they won''t support you." In reward for his village''s vote, Sole Taro received $10,000 to start a business, and money for vehicles and a church. Mismanagement has left other projects, such as a state-of-the-art hospital built 18 months ago by the Porgera Gold Mine company, eerily empty. There are no funds even for nurses. A report on PNG''s corrupt political system and the plight of its rural voters. Produced by ABC Australia
FULL SYNOPSIS
TRANSCRIPT