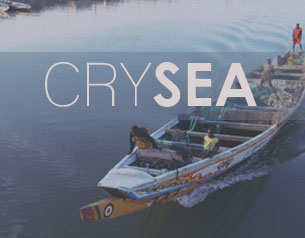 Having emptied the European seas of fish, industrial fishing trawlers are now targeting Africa. But in places like Senegal, where the sea is the nation's main resource, the EU's fishing policies are devastating the country. Unable to compete with this 'European Invasion', Senegalese fishermen are being driven out of business. This expertly crafted film examines the scale of the problem.

Again and again, Amadi casts his fishing net into the sea, only to pull it back empty. "Sometimes we're out for days before we find any fish", he laments. "It's a real disaster!" He blames the EU trawlers for "invading us and taking away our fish". As the seas empty, fishermen like him are forced to risk their lives going further and further into deeper water search of fish. "We mustn't be afraid of death", he states. At the fish processing plant in Kayar, the scale of the industry's collapse is apparent. "All the big, high quality fish are now gone", complains one worker. "We did rituals to bring the fish back but it was no good". Some species of fish have disappeared entirely from this region. "I don't think anybody really knows if those species will come back, even with good management", states Paul Siegel from WWF Africa. The EU's agreement with Senegal allows European commercial fishing trawlers to fish in Senegalese waters. These industrial vessels, equipped with sonar radars; "can now see any fish at any level in the water column. There is nowhere to hide". Even manufacturers agree their vessels; "contribute to the destruction of the seabed". But with demand for fish growing; "a fisherman who doesn't keep up with modern methods is a fisherman without a future!" "Why West African countries concluded these fishing agreements at extreme disadvantage to themselves is a matter for some speculation", states journalist Charles Clover. "I would be very surprised if some form of corruption was not involved". Union representative Amadou Wade is still bitter about the way the agreement was negotiated. "We went to Brussels and had eight rounds of talks", he recalls. But when it came to the ninth round, "We weren't even invited. None of us knew anything about it." They heard on the radio; "the negotiations were over and the agreement had been signed!" It's believed that 50% of Senegal's fish is now caught by industrial trawlers and shipped straight to Europe. "The remaining 50% has to provide a living for 600,000 people!", states environmentalist Haidar El Ali. While the Europeans pinpoint the fish with their radars, the Senegalese; "fish at night because the moonlight reflects on the fish scales". They also rely on superstition. "I put some powder and roots in the 'gri gri' and give it to the fishermen", states a village spiritual leader. "It allows them to see the fish and protects them from accidents". It's estimated that within 10 years, there will be no more fish in the water of Senegal. "The last resource of people in Senegal is the sea. We are increasing pressure on that last resource at a time when it is declining and the population is growing", states Charles Clover. "We need to start putting this right very soon otherwise Europe will be seen to be responsible for a gigantic human tragedy".
FULL SYNOPSIS
TRANSCRIPT