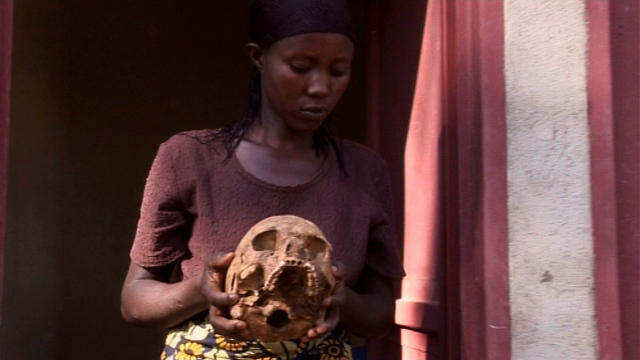 When the genocide ended, many women formed associations to rebuild their communities. Thirteen years on, these associations have redefined the role of women in Rwandan society.

Forty-eight percent of MPs in Rwanda are women - the highest proportion in the world. "Women are leading everything. We are capable of doing the job", states politician Speciose. In the aftermath of the genocide, she helped found a women's association to rebuild her village. Then they started raising funds for orphans. "After seeing how strong and brave Speciose is, she was made Mayor," explains her friend Daphrose. "Then she was elected for parliament." Women like Speciose are overturning traditional stereotypes. "We used to think the role of women was to cook food but now, women are being recognized."
FULL SYNOPSIS
TRANSCRIPT