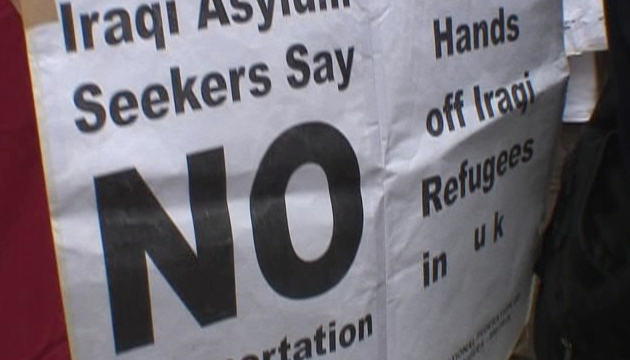 Asylum seekers who have spent years living in the UK now face the prospect of being repatriated to Iraq. One such refugee, Sadullah Kakl, was killed shortly after his return.

At a detention camp in Britain, Luqman Mustafa is preparing to be forcibly deported. He's lived in England for over six years. Now, he's being sent back to a war zone. "I begged them not to send me back but they didn't listen", he laments. We catch up with him a few weeks later in Iraq. "My son is very scared. We can hardly sleep at night", confides his mother. Luqman is depressed and too afraid to leave the house. Another man forcibly repatriated from Europe had a mental breakdown and gunned down nine neighbours. "He was driven to it by despair", states his father. "Something just snapped in his brain."
FULL SYNOPSIS
TRANSCRIPT