Should the old be allowed to kill themselves when they feel their time has come? We meet the pensioners who have smuggled illegal poisons from Mexico or turned their gardens into laboratories to make drugs. 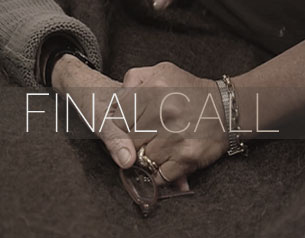 PREVIOUS BROADCASTS INCLUDE TVE, SVT, RTP Should the old be allowed to kill themselves when they feel their time has come? Meet the pensioners who have smuggled illegal poisons from Mexico or turned their gardens into laboratories to make drugs. They're not ill or handicapped, they regard suicide as a final act of self determination. But opponents claim they have been conditioned to think this way by a society which values youth.

At a secret location in Australia, a group of pensioners are setting up an illegal laboratory. "Smear a little vaseline on big and little glass tubing", reads one lady, as her colleagues rig up decanting flasks. Outside, men are heating compounds on a fire. No-one here has a scientific background but they're handling highly reactive chemicals. "If it rains, we'll all go out in a big bang", jokes one. After two years and many failures the group finally succeeds in making the poison Nembutal. "It's the Holy Grail of self-delivery", explains member John Edge. Now, 800 other elderly people have signed up for similar backyard laboratory projects. "It's outrageous we've been forced into this position because we can't legally obtain a drug that will give us a peaceful end". For members of this group, suicide isn't a desperate last resort chosen by only the vulnerable. It's an empowering act of self-determination. "This is about dignity at the end of my life", explains Muriel. They go to end-of-life workshops, research different methods of dying and are prepared to go to prison for their actions. "We do a grave disservice when we patronise our elderly folk, who know exactly what they're doing", states euthanasia advocate Philip Nitschke. Many people at the end-of-life workshops have no intention of dying yet. "I just want to know what my options are", explains Muriel Arnott. For them, the real fear is not death but ending up in an old people's home, dependent on other people. "I do not want to be locked up in a nursing home where all you get is bingo and sing-songs", states Ruth Mackinnon. Doctors worry that the popularity of the right to death movement reflects a growing view that to be old and in need of care is to lack dignity and be a burden. "With all these negative messages around, I'm not surprised people think the best solution is to end their lives", states Dr Capolingua. Decriminalising drugs like Nembutal would be; "society basically saying that the old have no value". Thanks to medical advances, people can now live on for years after a stroke or heart-attack. Is it naïve and patronising to discount the feelings of those who choose death over dependency on others? Or will condoning suicide simply create more stigma about aging and lead to people being pressured to kill themselves? As the population of the Western world ages, the euthanasia debate can only get more topical.
FULL SYNOPSIS
TRANSCRIPT