Seven Dumpsters and a Corpse 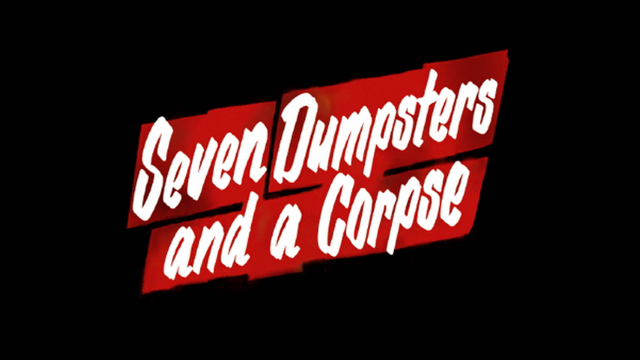 Amidst the chaos of their dead mother's apartment, two brothers irreverently piece together their family history. It's a strange but unique saga involving baronesses and counts; stolen lovers and Nazi officers; lawsuits and counter lawsuits and lots and lots of cats. Compelling and darkly hilarious.

"This is my mother, Brünhilde", states Thomas, as the remains of a corpse in an advanced state of decay are scraped off the kitchen floor. "Or rather, this is what's left of her. Left of her body, to be precise". As Thomas and brother Erik soon discover, there are an awful lot of other things left of their mother. "With her usual mania for renovating and do-it-yourself", their mother bricked off most of her flat from the reception room. The area walled off is piled to the ceiling with junk going back 70 years. And over the next four weeks, they fill seven large steel dumpsters, or skips, with their mother's possessions. Defying Swiss law, they also decide to burn all they can in their mother's fireplace. "The fire does us good psychologically", explains Thomas. "It has a comforting symbolic power". Things that cannot be burned are given away or thrown in the dumpster. "Each full dumpster is a triumph over chaos". They clearly revel in the process, taking out their pent up frustration on their mother's possessions. But not everything in their mother's apartment is rubbish. Among the chaos are family films and memorabilia, antiquities and secrets. They find photos of Kofi Annan attending their parents' society wedding. "The presence of a black man causes quite a stir", states Thomas. In their mother's photo album, Kofi Annan's photos have been labelled, "the Negro". Everything from letters and photos, to their mother"s old vibrator, goes into the fire. While the brothers empty the flat, a local pest control agent disposes of the remains of the corpse. "No other cleaning service in town is willing to take on the job". As the Rentokil man begins work, Thomas bombards him with questions. "Do you like your job? Would you do this again?" Thomas uses his camera as a shield; "providing protection against appalling reality". But nothing the Rentokil agent can do gets rid of the stench of rotting corpse. Cleaning out his mother's flat, Thomas is "constantly confronted with my childhood". Every possession tells a story, dredging up a history of betrayals, farcical lawsuits, nymphomania and damaged childhoods. Gradually, we get a sense of who Brunhilde was. How a woman who came from the echelons of elite Swiss society could end up dying alone in flat surrounded by junk. Brunhilde's relationship with all her family seems to have been strained. They find a letter from their grandmother beginning; "Dear Brunhilde - or should I say Satan - since everything you have done to me since your thirteenth year is so monstrous". In the letter, their grandmother accuses Brünhilde of stealing her lover. In fact, infidelities and gratuitous lust seem to have driven both their wealthy mother and grandmother to their ruin. After four weeks of cleaning, their mothers flat is finally empty. But just as they think their work is done, Erik and Thomas make another discovery. Their mother rented a storage locker. And it's jam packed with yet more junk. This extraordinary film takes schadenfraude to a new level!
FULL SYNOPSIS
TRANSCRIPT