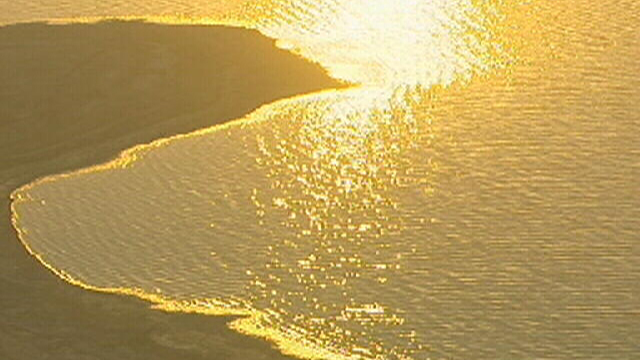 It's said the next war in the Middle East will be over water. Already agricultural development is killing the River Jordan. But saving the river for all nations could be an impetus for co-operation.

"It's amazing what we've done to destroy a river that's holy to half of humanity", laments environmentalist Gidon Bromberg. Raw sewage and agricultural waste have turned sections of this once pristine river into a putrid trickle. The river takes it's first hit in the deserts of Northern Israel, where farmers like Jid Shoshani drain its water for irrigation. "It's madness to be growing tropical fruits in the middle of the desert", fumes Gidon. This water should be naturally replenished by the Yarmouk river. But water from the Yarmouk is siphoned off by farmers in Syria and Jordan. By the time the River Jordan reaches the Dead Sea, it has been pumped full of raw sewage and waste. Only 10% of the water that used to flow from the Jordan now makes it to the Dead Sea. As a result, the sea level is falling by one metre a year. "It makes me feel very bad", confides engineer Eli Raz. Only if Palestinians, Israelis, Syrians and Jordanians work together can the river and Dead Sea be saved.
FULL SYNOPSIS
TRANSCRIPT