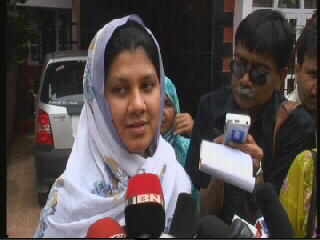 How many more twists and turns can there be in the case of Dr Mohamed Haneef. Material released yesterday by Kevin Andrews justifying his revoking of Haneef's visa has been rubbished overnight by his legal team. But today, federal police commissioner, Mick Keelty said further charges could yet be made recommended against Dr Haneef and then another Indian doctor who was interrogated last month remained a person of interest to investigators. Back in his home town of Bangalore, Haneef himself is now openly campaigning to get his visa back, holding press conferences and accusing the Howard Government of a conspiracy against him. As the story developed here in Australia over the past month, spare a thought for Haneef's wife, Firdous back in India with a new born baby and wondering what might become of her husband.