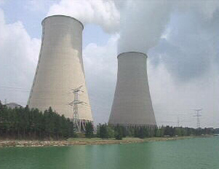 Nuclear energy is being billed as the solution to the world's energy crisis. But how viable a solution is it? We compare different countries' experiences and hear what the experts think.

With 80% of its energy coming from nuclear generators, France is leading the world in nuclear power. "It is an industry that is safe and reliable", boasts scientist Jacques Debarrier. Finland too is turning to nuclear to meet its global warming commitments. Five years ago, it commissioned the building of a new reactor. It has detailed plans to safely dispose of nuclear waste and already runs four of the world's most trouble-free nuclear generators. But this new project is now 19 months behind schedule and a billion euros over budget. "Nuclear technology is very complex, expensive technology", explains nuclear advisor David Martin. Canada's nuclear reactors have also been plagued by constant faults and delays. Originally budgeted at $3.5 billion, costs soared to more than $14 billion. Scientist Frank Greening traced radioactive dust from the reactor to; "people's offices and homes". While billions has been poured into nuclear power, renewable technologies have received only a fraction of the investment needed. "If we invest in nuclear, we won't invest in the real solutions", fears David Martin.
FULL SYNOPSIS
TRANSCRIPT